Congratulations on the All-Ukrainian Day of Cultural workers and Masters of folk art and the Day of Ukrainian Literature and Language! 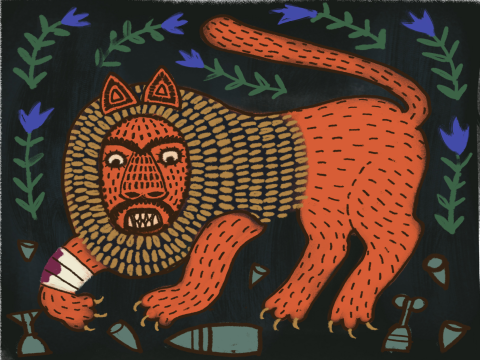 Ukrainian culture, language, and identity are targets for Russian rockets and missiles. Ukrainians and workers of culture are special targets of russcists in the occupied territories. However, our resistance and devotion to the truth and enlightenment are inspiring. The whole civilized world highly appreciates all the work cultural workers do to protect the cultural heritage from russcists occupiers.

We are grateful to everyone for their persistence and resistance. Congratulations on the All-Ukrainian Day of Cultural workers and Masters of folk art and the Day of Ukrainian Literature and Language!

Language and culture are fundamental parts of our identity, love for freedom, dignity, and statehood.

It's quite symbolic that on this day, the Heritage Emergency Response Initiative, created by the National Museum of the Revolution of Dignity and NGO 'Tustan', won the prestigious Award of the Archaeological Institute of America in the nomination 'Outstanding Public Service'. The Award Ceremony will occur in January 2023 in New Orleans (USA).

International partners highlighted the work of this volunteer initiative. Since the beginning of the full-scale invasion, HERI has been working on protecting cultural heritage, museums, libraries, archives, academic and cultural institutions, and archaeological sites.

This Award is also a way to pay tribute to a driver and a volunteer who died during the Russian shelling of Chernihiv in March. They were transporting humanitarian aid and museum equipment from HERI to those in need inside the city.

"Not a lot of organizations were able to make such an impact on the protection of cultural heritage during the war, let alone coordinate efforts of the whole country in such a short time. Despite the critical situation, the Heritage Emergency Response Initiative's remarkable determination is inspiring. Thanks to HERI's tireless and admirable efforts to protect Ukraine's cultural heritage, we believe this initiative is a worthy laureate of the American Archaeological Institute's Award for outstanding public service," - says the institution's website.

Since March, the Heritage Emergency Response Initiative has been helping with the preservation and evacuation of collections, providing methodological, legal, psychological, financial, and technical assistance to the country's cultural institutions. HERI worked on documenting losses and crimes against culture, collecting artifacts and oral histories of the war, conducting training, and working as a coordination center between state bodies and institutions, the non-governmental sector, international organizations, the expert environment, and the general public.

"Thanks to the Ukrainians' devotion to protecting their identity and values, international assistance, and, of course, our brave Armed Forces, our culture today can better fend for itself. In these long years of war, we finally came to a deep awareness at various levels of the need to introduce an effective cultural heritage protection system in times of emergency. HERI initiated the process and already has some capacities for providing this support. After all, we understand that this is our cultural battle, and we have to win it, too," -  says co-founder and coordinator of HERI Ihor Poshyvailo.

Congratulations to the members of HERI and HERI's friends, as well as to everybody working on protecting Ukrainian cultural heritage during the war!

We work for our victory. Together we are a powerful force!