In memory of Maks Levin: Photo exhibition The War Is Not Over Yet presented in Boyarka 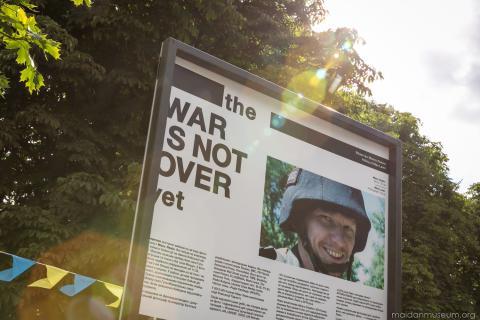 The photo exhibition The War Is Not Over Yet opened in the Taras Shevchenko Park in Boyarka town, Kyiv region. The organizers brought it to the hometown of the fallen photojournalist Maks Levin on his birthday, July 7.

"I raised Maksym on my own since he was 10. He was a pillar of support for me. When I cried, he always said: "Mom, don't cry, your eyes change color." Now I cry all the time. His children are angels, he was a super dad. They also cannot get through this tragedy." 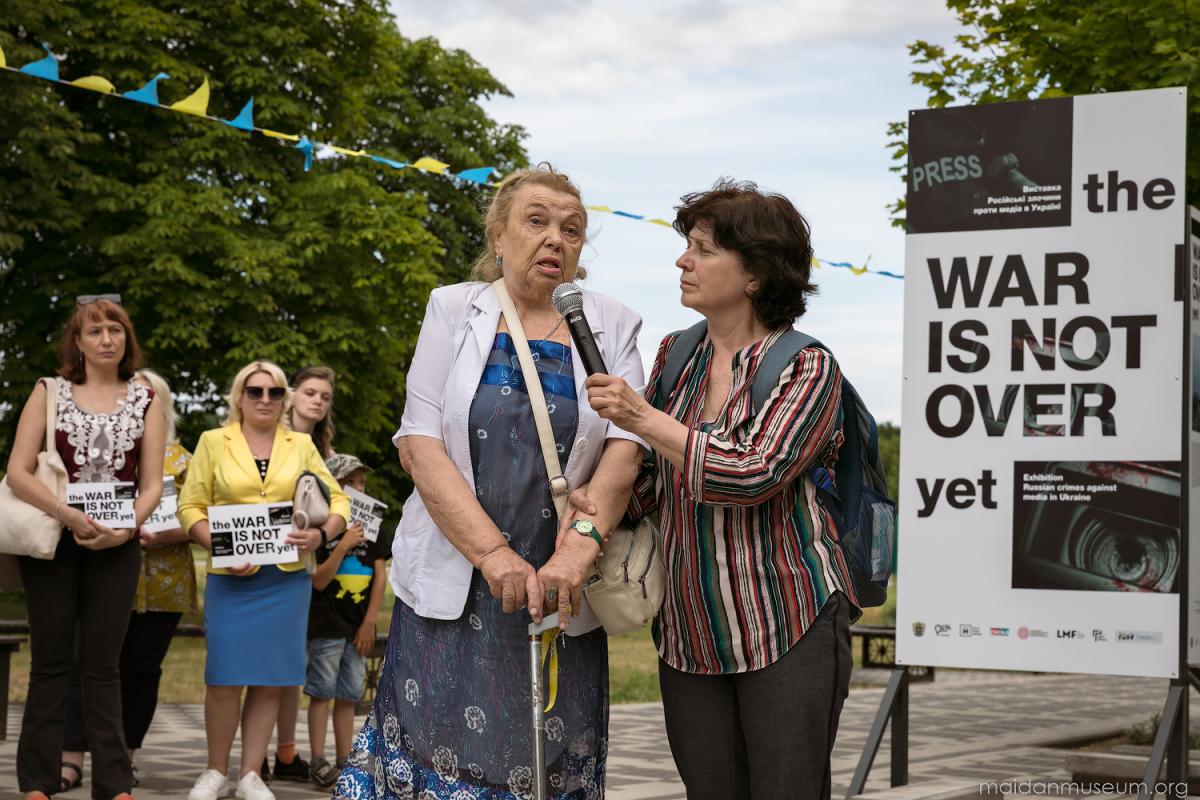 Maks Levin took the photos of war for eight years, from its very beginning. He covered the Revolution of Dignity and was on the Maidan in the days of the fiercest confrontations. In August 2014, together with his colleagues Markiyan Lyseiko, Ivan Liubysh-Kirdei, and Hosha Tykhyy miraculously escaped from the encirclement in Ilovaisk. After that, he became a co-author of the documentary project Afterilovaisk about the military and civilians who had to survive this tragedy. Maks Levin contributed to LB.ua, Hromadske, Reuters, BBC, Associated Press, Wall Street Journal, TIME, Radio Liberty. 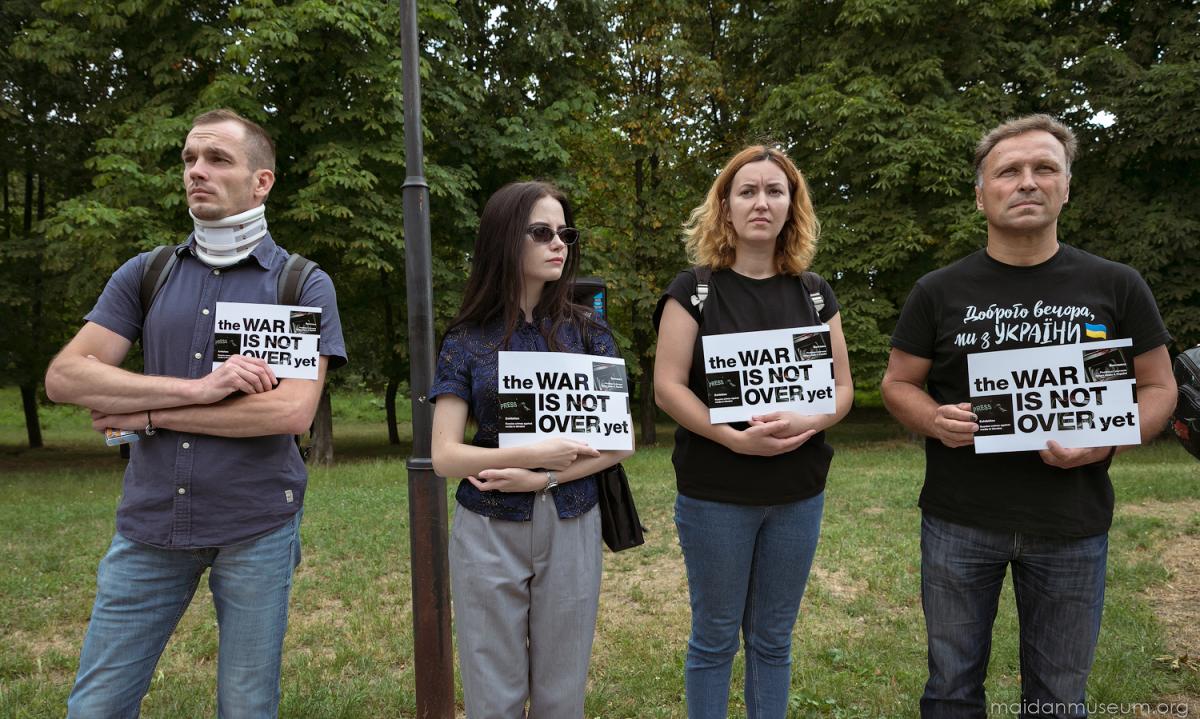 Ihor Poshyvailo, the Director General of the National Museum of the Revolution of Dignity:

"We paid respects to the talented and brave photographer and journalist Maks Levin on his birthday in Boyarka, his hometown. By honoring his memory, we also honor the memory of all journalists who bravely told the truth about the war in Ukraine with their lens, documented the crimes of russcists, and died from enemy bullets and shells. The Maidan Museum cooperated with Maks for several joint projects on Revolution of Dignity and Ilovaisk. We have his photographs in our archive. He sincerely believed: his work would help end the war by our victory. And now the story of Levin and his fellow photojournalists is spreading around the world, bringing the long-awaited peace closer". 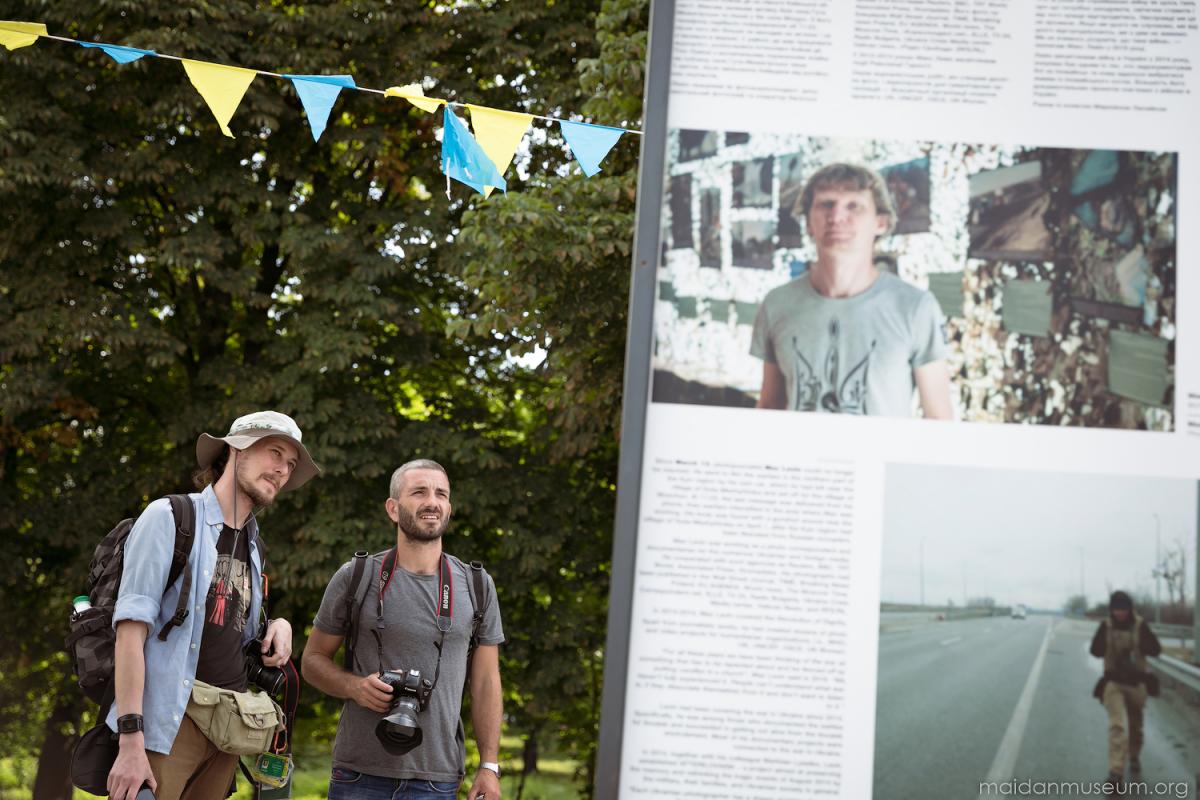 After February 24, 2022, Maks had to take photos of the war at home, in the Kyiv region. On March 13, he was heard from for the last time. On April 1, his body was found in the village of Huta Mezhyhirska. The Russians killed the journalist with two shots. According to the Reporters Without Borders' investigation, Maks Levin could have been executed by the Russian military. Maks Levin would have turned 41 on July 7, 2022. 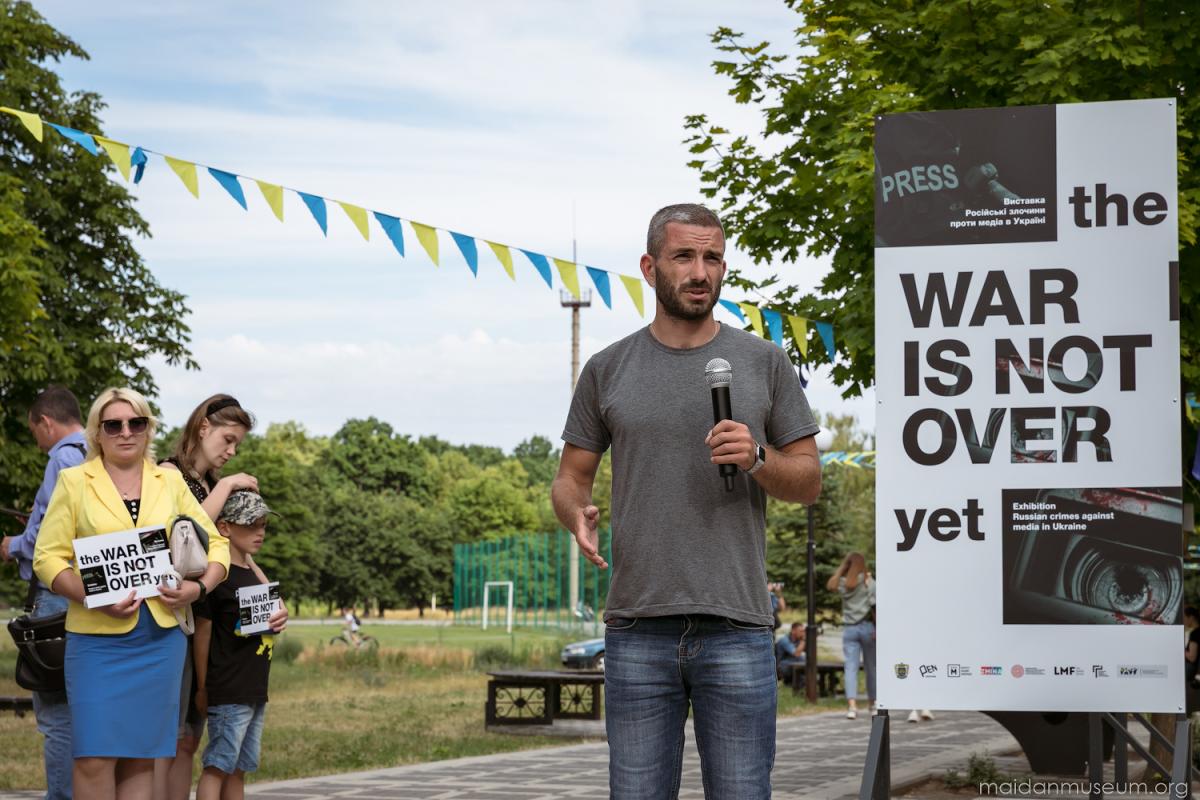 "Our paths went in parallel: when Maks was in Ilovaisk, I was in Lysychansk, we also took photos of Maidan protests side by side... Maks went through a lot. The beatings on the Maidan, Ilovaisk, and then Moshchun became the final story. I know for sure that Maks inspired many people to start taking photos. That is, not even "historical" shots, another thing is important: the fact that Maks brought many photographers who still work today. This is an example for us."

Levin was posthumously awarded the Order for Courage of 3rd degree and the Special Award of the Georgiy Gongadze Prize for outstanding contribution to the development of Ukrainian photography, dedication to the profession, and bravery. 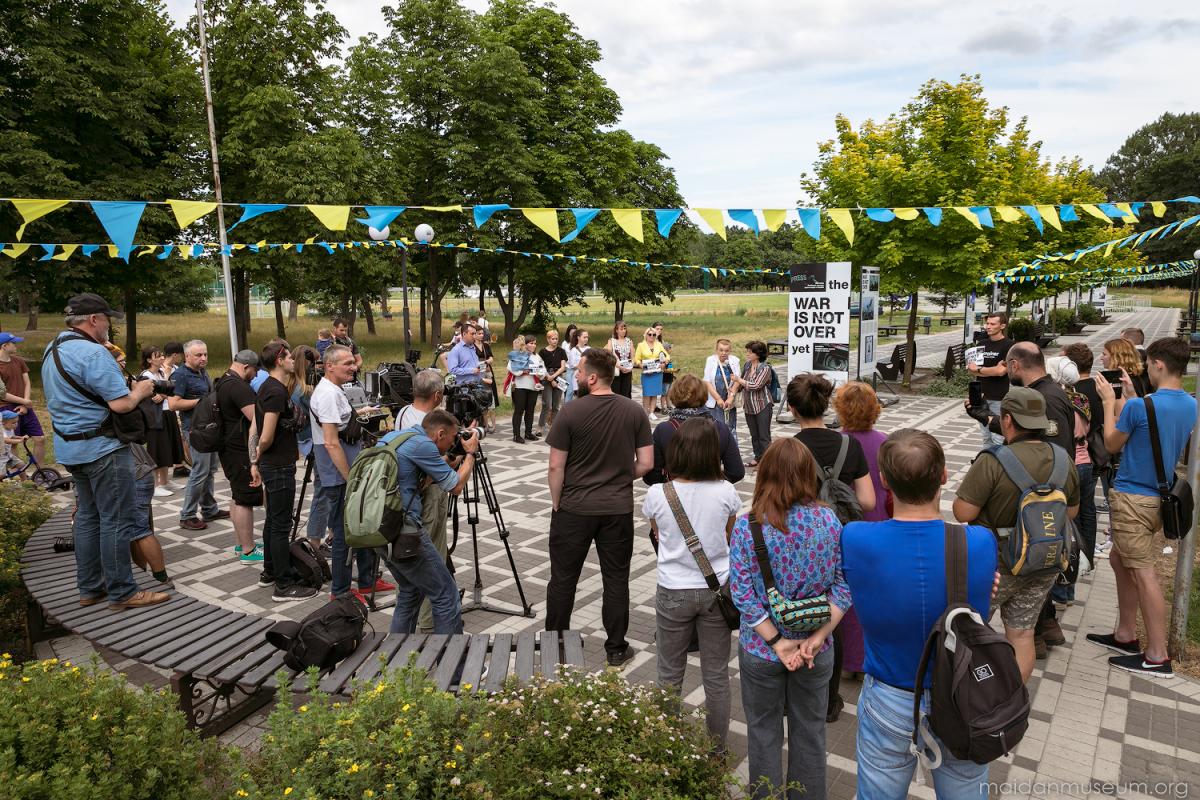 "War takes away the best. For me, Maks is the first serious loss among relatives and friends. After that, other photos of people dear to me appeared at this exhibition. But I will never forget how it was with Maks when he disappeared, how we waited and hoped, and how it all turned out later. It was very difficult. But Maks must be remembered. His smile, his laugh... Maks was such a positive person, and he inspired everyone around with this positivity." 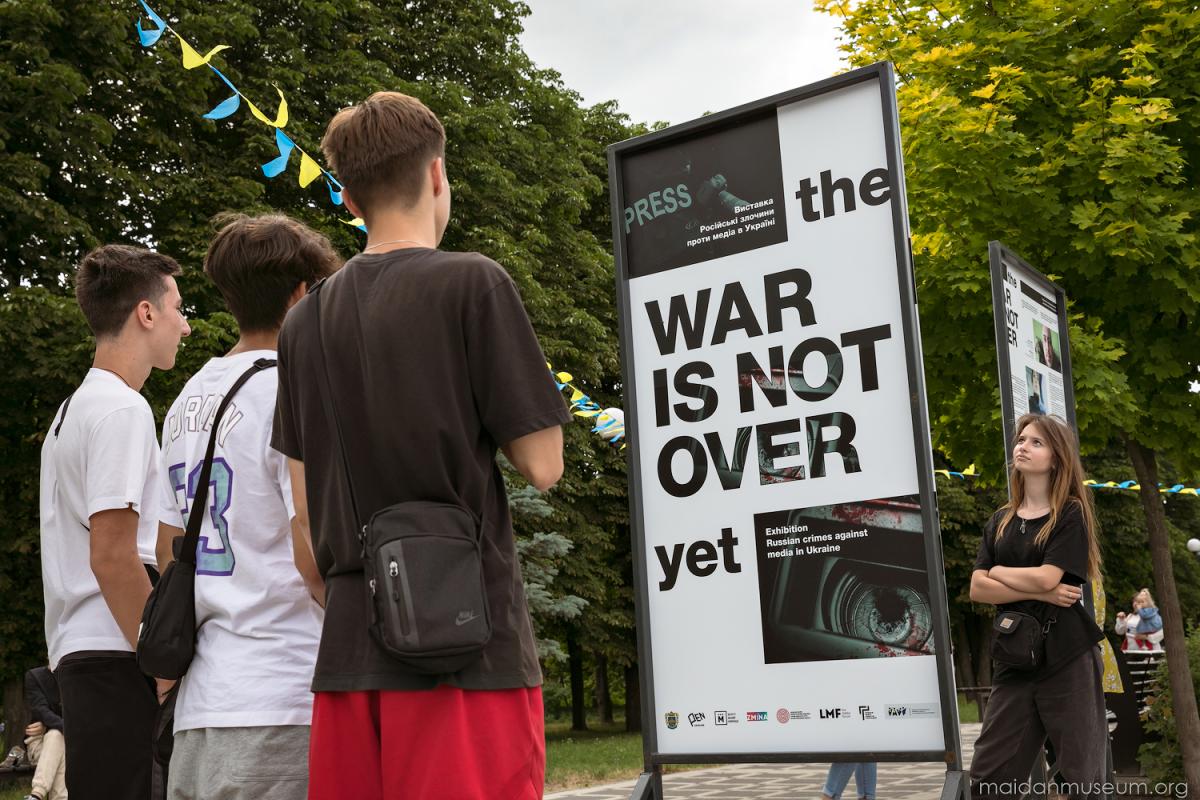 Maks Levin was one of the first journalists to die at the hands of the Russians. There are currently 33 of them:

At least 14 journalists were injured.

At least 15 have gone missing.

The exhibition The War Is Not Over Yet is an expression of solidarity with Ukrainian media professionals who fight for the truth, risking their lives. The project aims to tell about those who made the world aware of the war waged by Russia against Ukraine: journalists who were killed, injured, came under fire, were captured or persecuted since the start of the full-scale invasion. 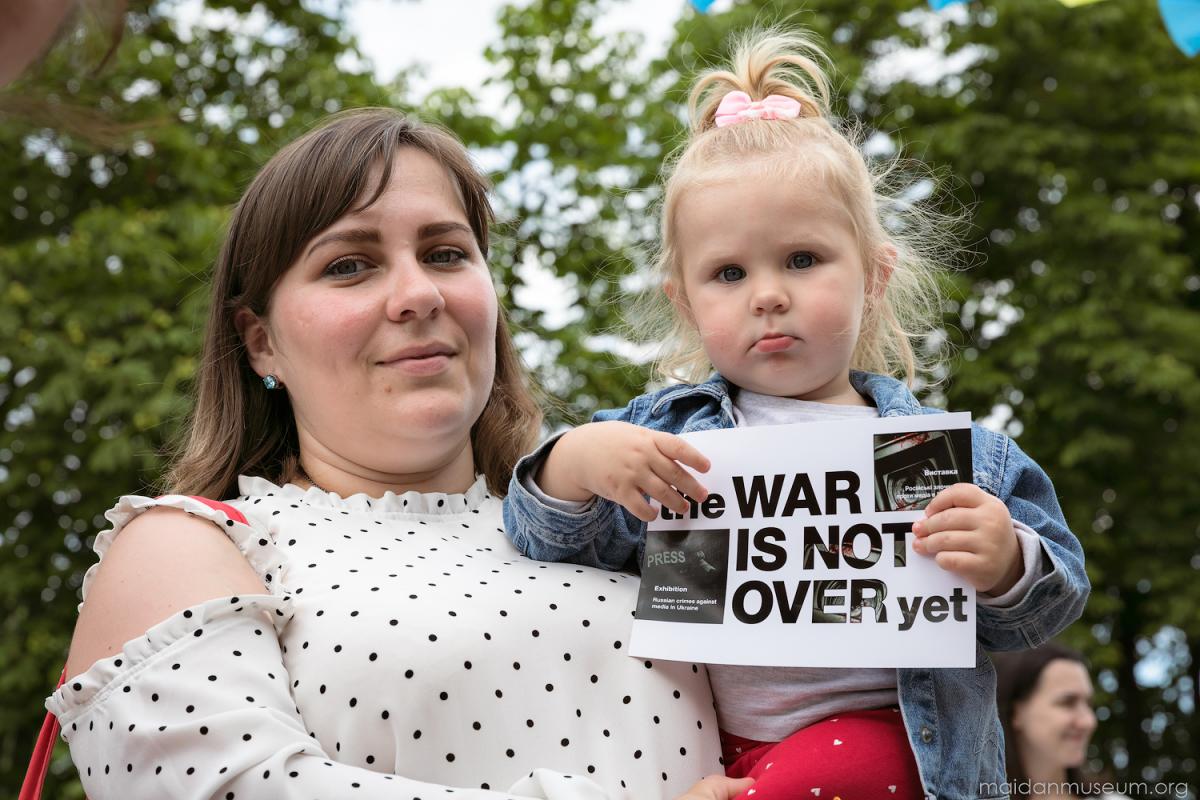 The visitors can get acquainted with the photo exhibition in Boyarka until July 28.