The exhibition "MAYDAN: SPACE OF ART" opened in Odesa 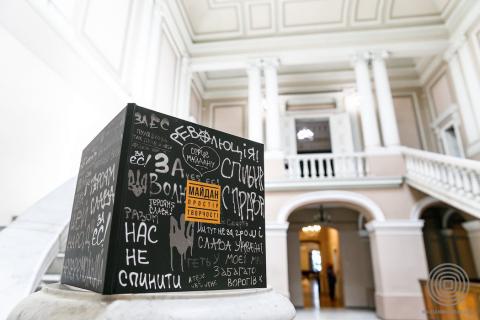 On August 14 in the Odesa Museum of Literature was opening of the exhibition "MAYDAN: SPACE OF ART". It presents works created during the Revolution of Dignity by the Kyiv students of the National Academy of Fine Arts and Architecture. Professor Vitaliy Shostia offered his graduates to write diploma projects on the Maidan despite the fact that they already had all themes approved for nearly six months.

On Wednesday, August 15, at 2 pm, project manager Vitaliy Shostya will give a tour of the creation of the project, the history of its participants and individual works.

"It's not easy to recall the Maidan in Odesa. The Odesa citizens courageously demonstrated their civilization choice in May 2014 and stopped the creeping aggression of Kreml’. Therefore, it is important to rethink the events of the traumatic past and look for ways of coming together for the common good. According to Vitaliy Shosti, our exhibition gives an artistic awareness of dignity. It should remind visitors in an elegant art form about the ideals and values of the Maidan", – said Igor Poshyvaylo, Director of the National Museum of the Revolution of Dignity.

At the exhibition, you can see revolutionary-themed student projects "Karby of Maidan", "Autograph of the Maidan", "Apostles of Dignity. Courageous shield of Ukraine", "This is a media war", calendars and posters, as well as objects from the museum's collection, each of which has its own story. Like helmets, which were found after the Maidan in an abandoned five-story building on the Mikhail Hrushevsky Str. There the protesters prepared "Molotov cocktails" and brought in the boxes to the line of confrontation. Also in this building met members of the Art Hundred. After the revolution, there was a cell of volunteer activity - the warehouse and the place where the masking grids were poured. The flag from the Institutska Street in the first days after the shootings of the protesters. Someone put it on a tree near the death place of the heroes. Since there was a lot of soot on the street,  the flag quickly got covered in it. Flag was replaced by a new one, and the old one is in the museum collection.

The gathering of oral and material evidence of the Maidan continues. Odesa can replenish the collection with the artifacts of local revolutionary events. A special shelf is allocated in the museum for this at the time of the exhibition. If necessary, address the staff of the Museum of Literature.

"Creation manifests itself in freedom.  Our institute published the catalog "Maidan - the space of ART", presented here in Odesa. We want to be able to feel the atmosphere of the Maidan, resurrect it in ourselves, gain strength and inspiration. Let's remember: the understanding of history is something that makes provocations ineffective"says Natalka Ivanchenko, a representative of the Ukrainian Institute of National Remembrance.

Vitaliy Shostya shared his memories about art during the revolution.

"There were rumors about all three Maidans that assured that they were made by people who got paid by America. And Art is the best counterargument to that.  There was not a little thing made by people on AntiMasdan.  People were handed the same printed slogans that got thrown away soon afterward. Ukrainian people can’t stay at the same place for over than a week without creating something. The texts of the Maidan people are filled with the energy. One of my students, who is originally Russian, started speaking Ukrainian after doing this project. That’s how strong those are”, – says Vitaliy Shostia.

"I would call this exhibition" Return to the truth " because this is what we have shown through all the Maidans", – the opinion was expressed by Honored Artist of Ukraine, Sergiy Savchenko.

The possibility of further movement of the exhibition in the institutions of Odesa was discussed at a public presentation with the participation of the media, representatives of the educational, museum and broad artistic environment.

EXHIBITION will be performed until September 7, every day, except Monday, from 10:00 to 17:00. Free entrance.

ADDITIONAL INFORMATION – The press service of the National Museum of the Revolution of Dignity: 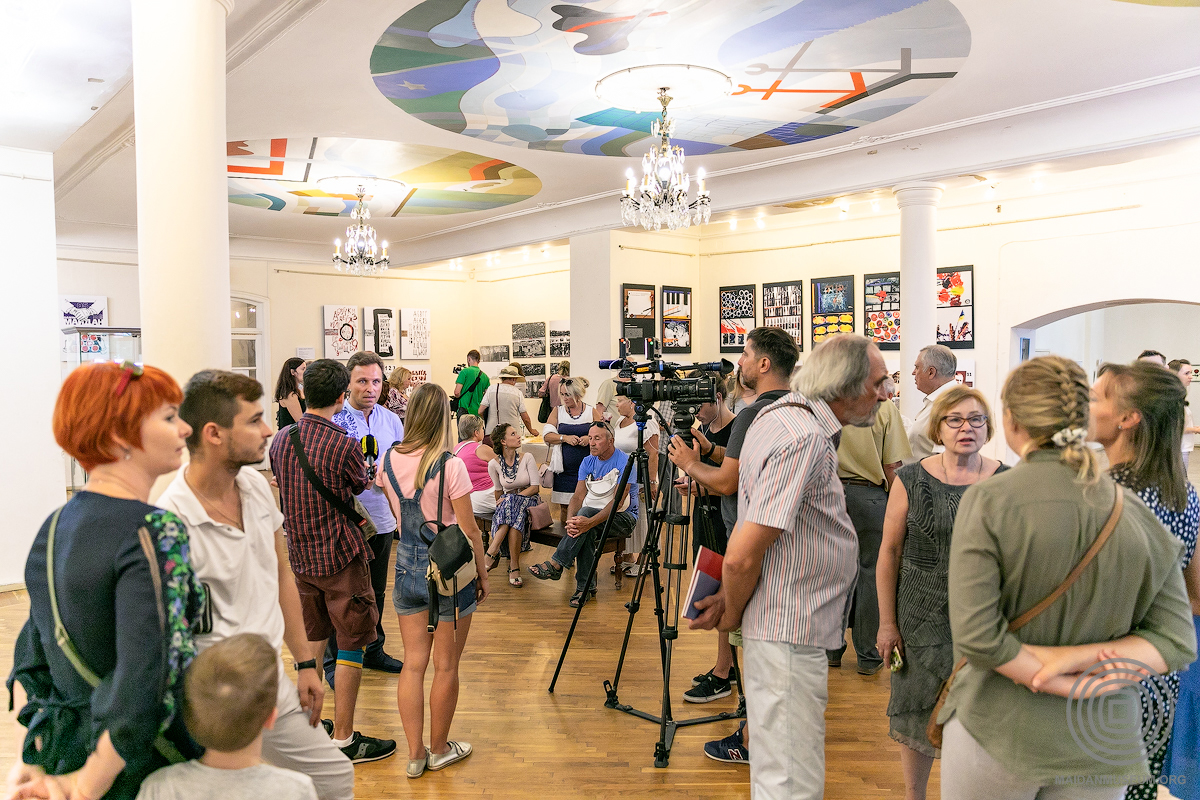 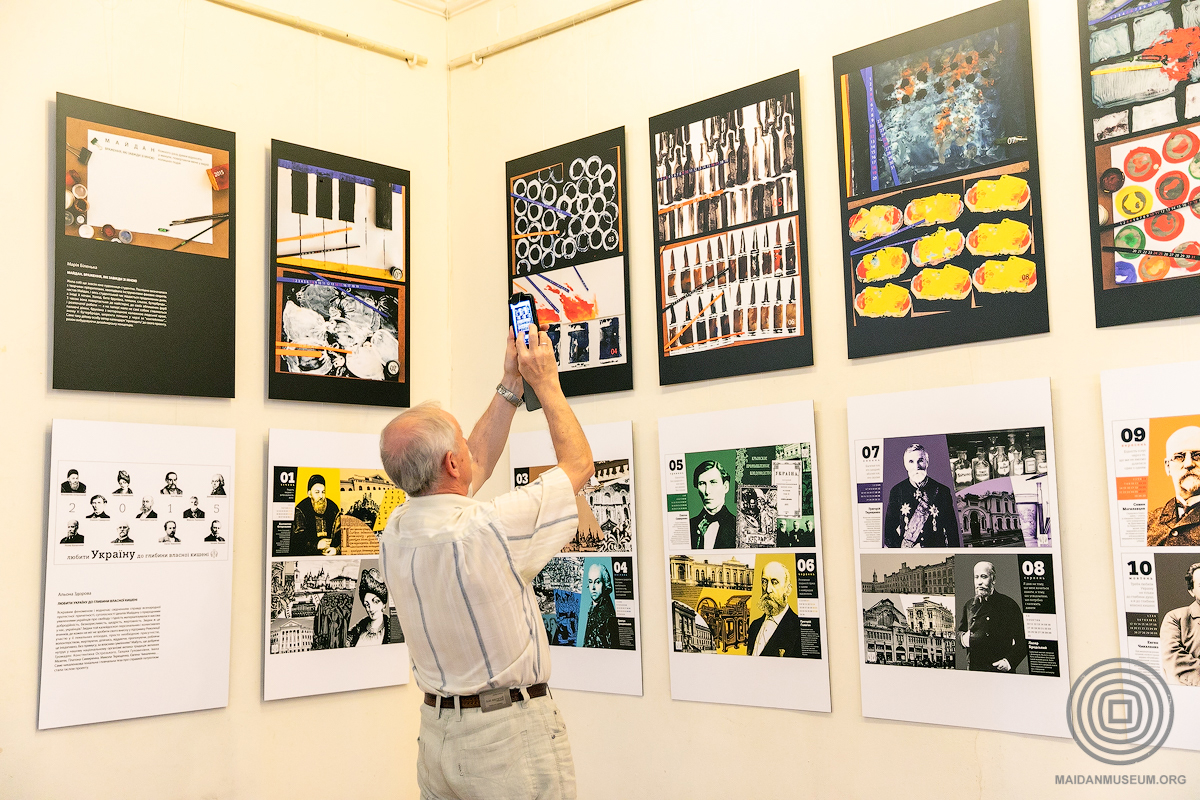 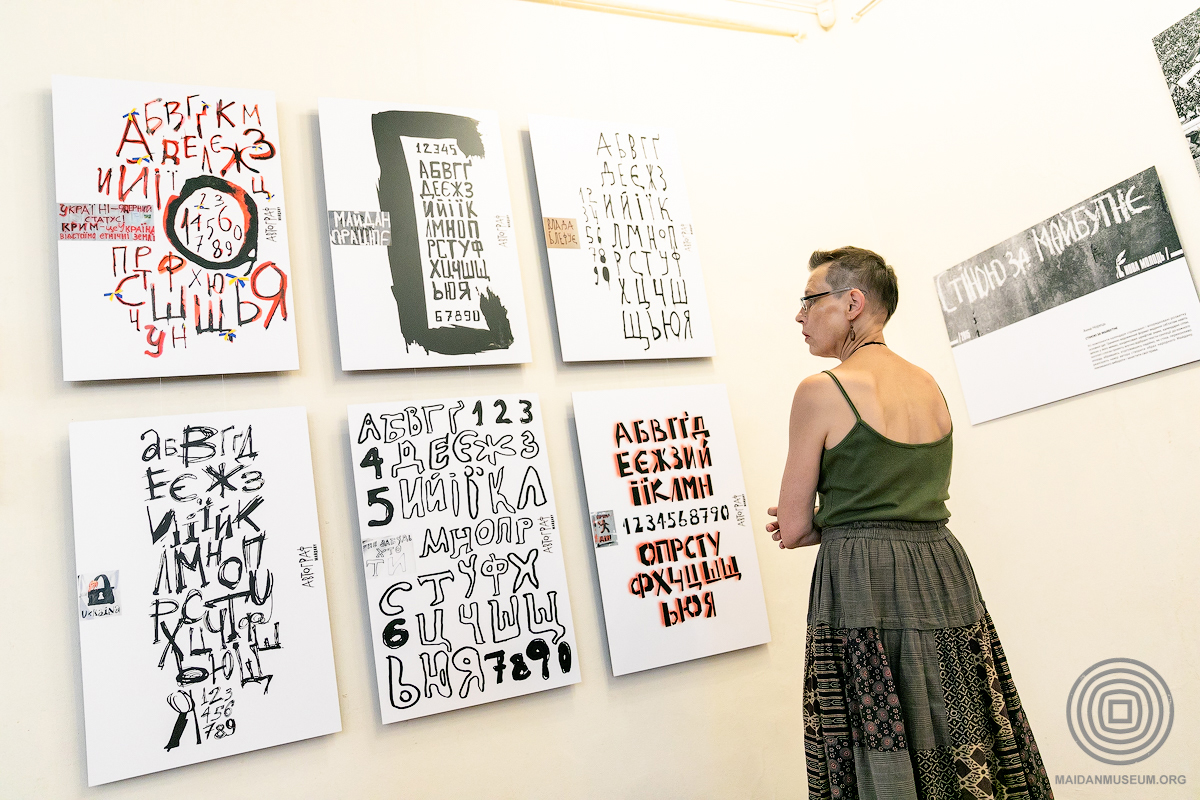