The Maidan Museum call on the international community to stop the genocide of Ukrainians. 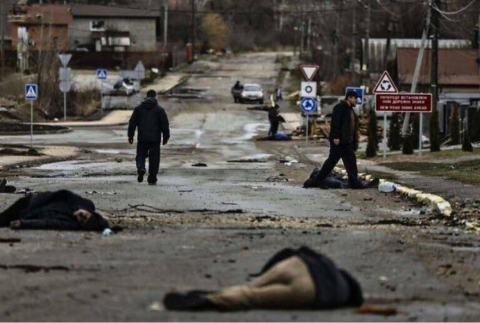 More than one and a half thousand organizations and citizens of different countries call on the international community to stop the genocide of Ukrainians. The Maidan Museum also signed an appeal calling for decisive measures to stop the extermination of Ukrainians and bring those responsible for the crimes to justice.

During the russian-Ukrainian war, occupiers purposefully and systematically tried to exterminate Ukrainians. Already, several crimes have been documented and confirmed. Among them are premeditated murder of civilians, torture, shelling of apartment buildings, hospitals, schools, and kindergartens; mass deportation of civilian Ukrainians, including children, from the occupied territories, and destruction of Ukrainian cultural heritage.

In their public statements, russian officials, including President vladimir putin, have made it clear that russia’s public policy should target Ukrainians as a national group and deny Ukraine’s right to exist as a sovereign nation. Russian state media incite hatred towards Ukrainians.

You can view the full text of the appeal and the facts that testify to the genocide of the Ukrainian people here.

In April, Verkhovna Rada officially declared the actions of the russian army on Ukrainian territory genocide. The purposeful desire to exterminate Ukrainians is evidenced, among other things, by the crimes of the russcists in Mariupol, Bucha, and Kharkiv.