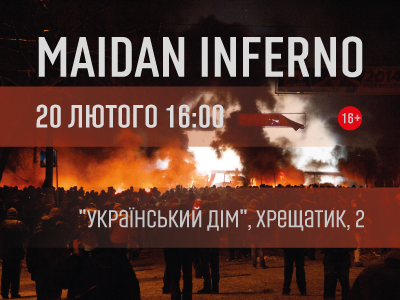 A play by Ukrainian playwright Neda Nezhdana, directed by French director Clement Peretjatko. By combining different realities and forms of writing, it manifests as intervention, documentary, virtual theater, and medieval mystery all at the same time. The storyline follows the destinies of Ukrainian revolutionaries from the moment when Berkut beat up the protesters to the Russian invasion of Ukraine.

‘Maidan Inferno’ is the first Ukrainian play, written in France, put on stage by French theater, and published in a French publishing house.

Organizers and partners:
The city of Lyon, under the agreement with the French Insititute in Paris
National Museum of the Revolution of Dignity
NCTA for Les Kurbas
Dnipro Academic Drama and Comedy Theater

To participate, both viewers and journalists have to fill out the form.

To prevent the spread of Covid-19, please comply with quarantine restrictions. 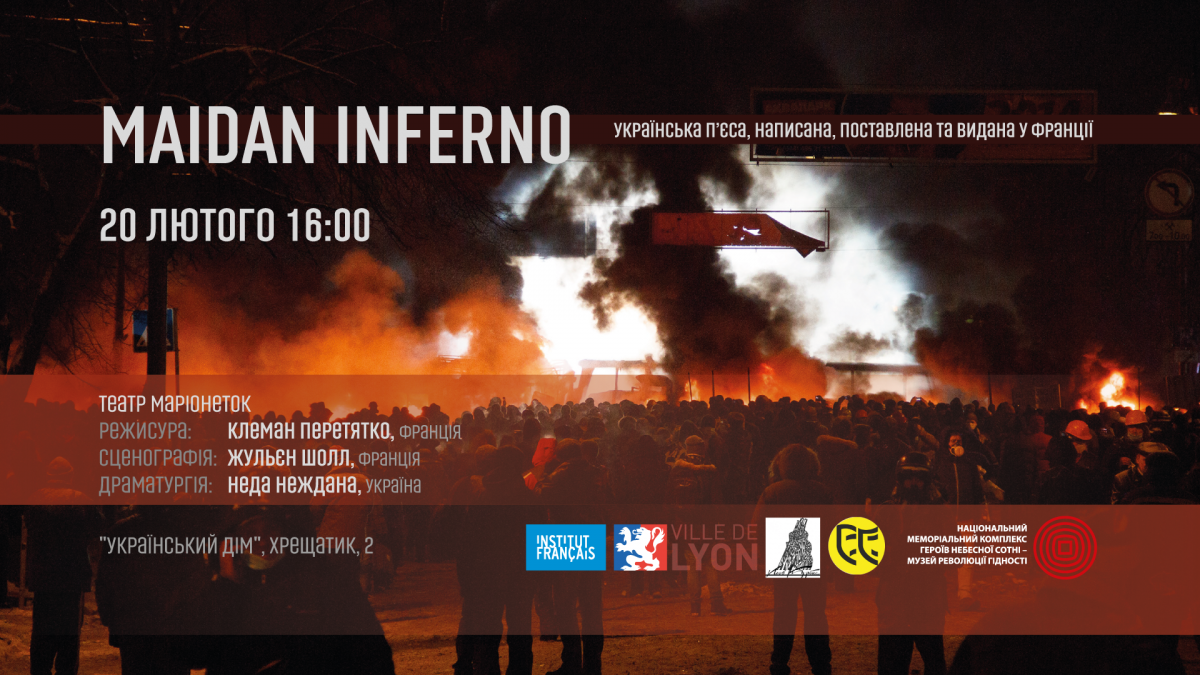 Press service of the National Museum of the Revolution of Dignity
0634751662
press@maidanmuseum.org