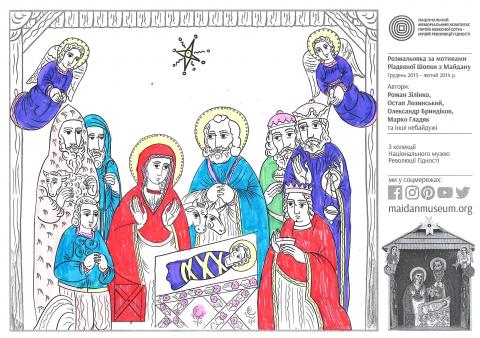 An artist Oleksandr Bryndikov and the National Museum of the Revolution of Dignity created coloring pages for kids based on the motives of the Nativity scene from Maidan. The coloring pages are dedicated to the Christmas Holidays!

Bright Nativity scene appeared on Maidan in January of 2013. It was a wooden model of the Bethlehem stable on Christmas Eve. A group of artists from Lviv — Roman Zilinko, Ostap Lozynskyi, Oleksandr Bryndikov, Marko Hladiak — worked on the Nativity scene for several days in one of the premises of the Patriarchal Cathedral of the Resurrection of Christ of the UGCC in Kyiv.

Prepare for the holidays with the Museum and send pictures of your colorings pages in the comments on our FB page! 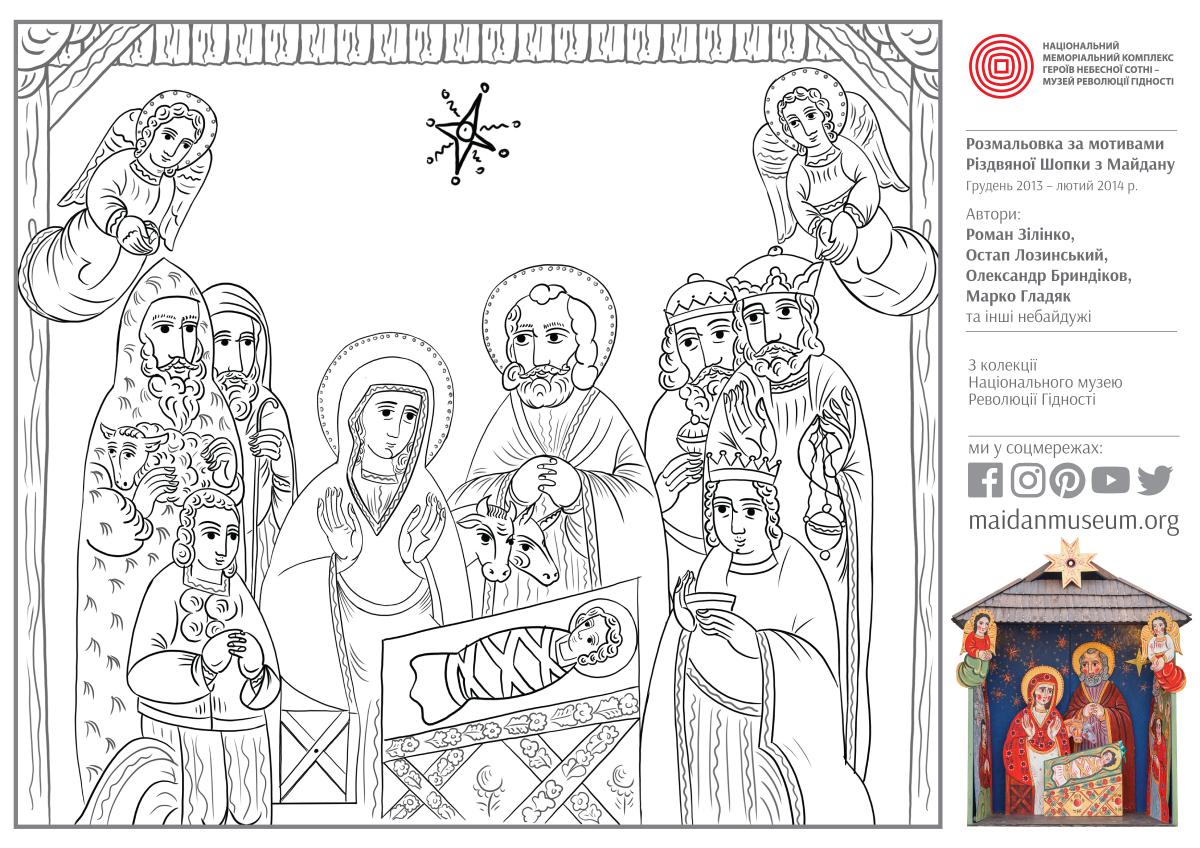 You can download the coloring pages in good quality via this link.

You can view the interview with the creators of the nativity scene in this video.