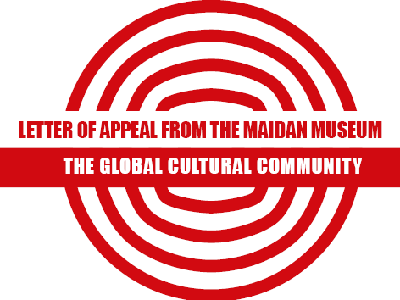 For the eighth year in a row, a war has been waged by Russia on Ukraine that began with the occupation of Crimea and parts of Eastern Ukraine.

At dawn on February 24th this year, the whole of Ukraine woke up to explosions from missile strikes hitting peaceful cities, both military and civilian infrastructure, from land, air, and sea. Ukrainian army along with civilians are offering decent rebuff to the Russian occupation forces, defending our country's territorial integrity and the freedom of our people.

Russian missiles and weapons directed against the Ukrainian army and the innocent population, are in fact aimed at exterminating Ukrainians as a national community with its authentic culture and history.

And therein lies the initial cause of this war.

It is no coincidence that in his last speeches before the attack, in which Putin justified and explained the need for a military invasion, he was making a “retrospective journey into history”. Pseudohistory, the essence of which has been the assertion that Ukrainians do not exist as a nation and the state of Ukraine is, in a way, a historical misunderstanding and a failed state. Putin has publicly announced his "crusade" against the national identity of Ukrainians, not only seeking to seize our land but also to destroy our language, our history, our culture.

The struggle for preserving our national identity has been the experience of every generation of Ukrainians over centuries, especially in the days of Soviet (in fact, Moscowian) totalitarianism that had been taking systematical and purposeful actions to destroy any and all cultural heritage coming into contradiction with the "single nation" narrative.

And although we are facing the deadly battles taking place on the streets of our cities today, it is time to draw the world's attention to the threat of destroying the history and culture of Ukraine.

Various forms of cultural heritage are being under immediate threat: tangible as well as intangible, and people, who are the carriers of this culture, and especially cultural figures. To make sure we are not employing an exaggeration, it is enough to simply mention the persecution of Crimean Tatar cultural figures in Crimea following its occupation for the last eight years.

Architectural monuments, museum collections, monuments of history, art, and archeology are being threatened with destruction. We already have information about a museum destroyed by the occupants near Kyiv, about the architectural monuments used by the Russian military, under threat of artillery shelling is a church dating back to XI-XII centuries, in Chernihiv and Kyiv regions.

At these difficult times, we are calling on the international cultural community to support Ukraine in its struggle for freedom and independence in every possible way.

First of all, we are asking to enforce the implementation of the Hague Convention by Russia and Belarus, in particular on the preservation of cultural heritage sites in the context of war and personal responsibility for the crimes.

The best response to Russia's aggression in the cultural sphere is to increase interest in Ukraine's history and culture throughout the world. Thus we are calling on all cultural figures, historians, artists, public figures, community leaders, media in the world to reveal the truth about suppression, distortion of historical facts, erasure of Ukrainian cultural identity, to promote cultural heritage by all possible means, to ensure wider access to the genuine history of Ukrainians' path to freedom and democracy, our cultural identity and our devotion to universal human values.

Ukraine and the whole world need to refute the myths, stereotypes, and lies that formed the basis of Russia's imperial ideology, which is posing a threat to the entire free democratic world today.

We remember, appreciate, and express gratitude for the help and partnership from international institutions. Thuswise, we must act together to stop Russia's aggression and resolutely oppose the cynical destruction of the foundations of international law, security, and democracy in the world.

Let's fight back military aggression, we are a power together!