In the morning of January 22nd, the center of Kyiv witnessed the march in memory of the first victims who were killed during the Revolution of Dignity

The action is organized annually by the brothers-in-arms of the fallen Maidan participants. It starts on Independence Square near Liadski Vorota. During the Revolution, there was a barricade with members of the Third Hundred of the Maidan Self-Defense on duty. This Hundred included Serhii Nihoian, shot on January 22nd.

A column of relatives of the heroes and other concerned citizens walked Khreshchatyk to the European Square. Participants laid flowers and lit candles at the memorial to the Heroes.

A service for the fallen was held near the memorial in honor of Serhii Nihoian near the European Square. The prayer was officiated by Father Petro Zhuk, Rector of the Ukrainian Greek Catholic Seminary in Kniazhychi near Kyiv.

Here you can find quotes from some of the speeches:

“In early days of Christianity, many rulers of the great Roman Empire opposed the new faith. In attempts to silence it, they destroyed the followers of Christ. The period of persecution left thousands of martyrs. The torturers though, if we kill a hundred, a thousand would frighten and infect millions with fear, then we would keep them all in our power and our beliefs. Even 2000 years ago, this plan failed. The blood of martyrs in the arenas of the amphitheaters became seeds. When one died, ten others turned to the new religion. Great empires have disappeared. But lives of martyrs are glorified by the church to this day.

We remember martyrs in modern Ukrainian history. Those who took their lives thought that the blood on the streets of Kyiv would intimidate thousands, that fear would infect others, and the Maidan would flee in fear of death. They forgot that martyrs' blood is the seed. It evokes memory and inspires.

Nihoian and other heroes sacrificed their young and promising lives for others. It was their blood that called to conscience and the hearts of thousands of people who, after the news of the first deaths, came to the Maidan to regain dignity. Thank you for being here today. May the awakened conscience and memory of millions help us break the backbone of another empire that wants to build another prison of nations on the ruins of the Soviet Union and has plans for our land, bread, people and dignity". 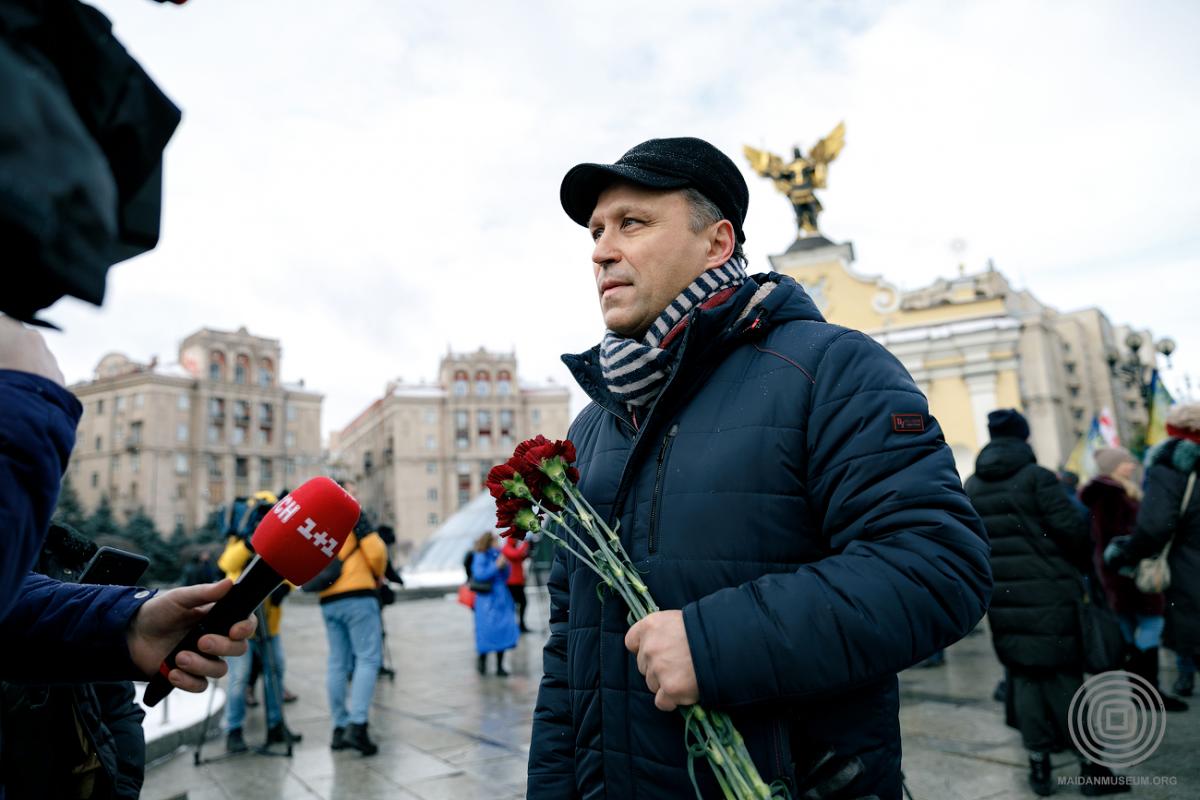 Ihor Poshyvailo, General Director of the National Museum of the Revolution of Dignity:

“There are many opinions on ways to make the memory of modern history and heroes relevant for the whole Ukrainian society. The first new martyrs of the Maidan died on the Day of Unity. It reminds us that our unity is our strength, and we have to reject petty quarrels and understand the main thing: no one but us will protect our land."

Oleksandr Ivashkov, co-founder of the NGO “Third Hundred of the Maidan Self-defense”: 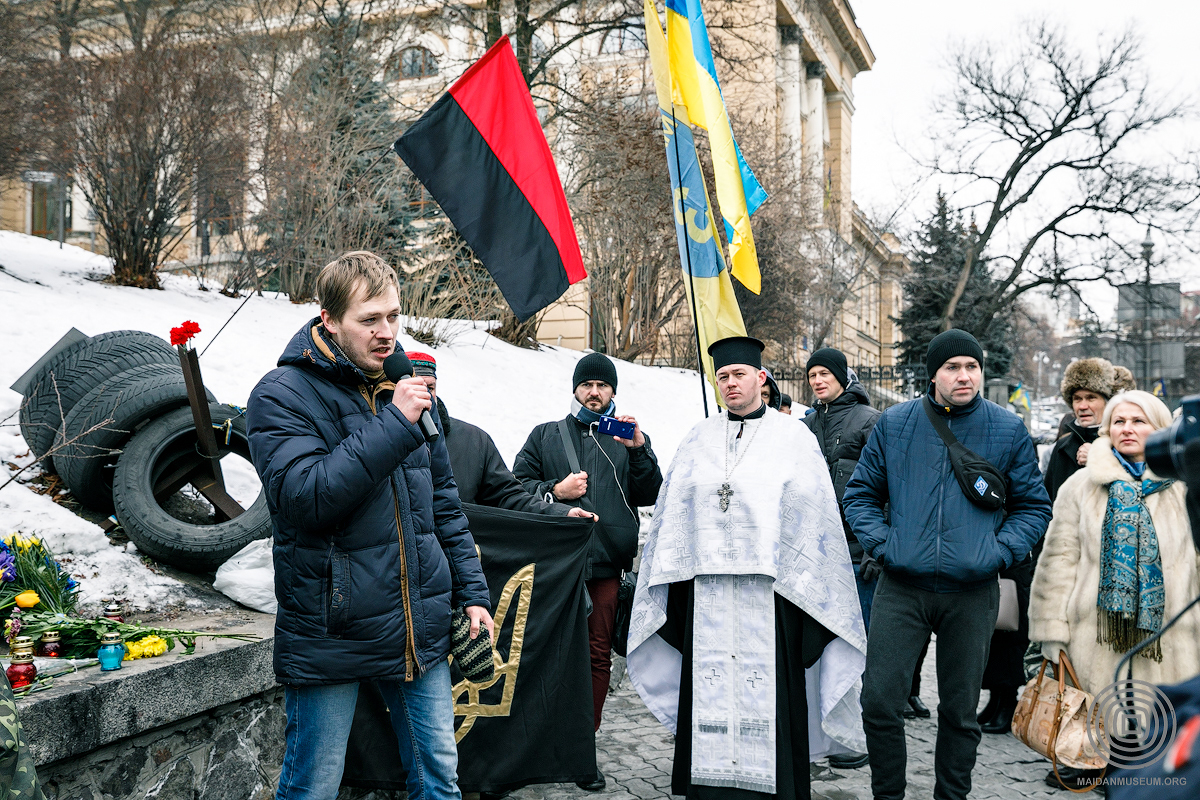 “As long as we are ready to come here, the sacrifice of guys who died for a free Ukraine and democratic government will not be forgotten. The Revolution of Dignity gave us a new national idea, which we couldn't develop in all the previous years of independence. This idea awakened many Ukrainian boys and girls. And as long as we understand what our heroes died for, our country will have a future".